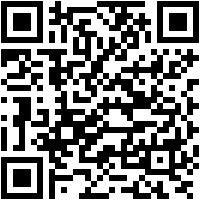 Fort Conquer MOD Unlimited Money – The Conqueror of the Castle is the name of a simple but awesome strategy game from the Hong Kong studio Droid Hen that builds games like Defender III and Defender Z. The mechanism used in Fort Conquer game play is exactly similar to games like Trench Assault and Super Bull Fight. The first feature of these games is their low volume. Fort Conquer is no exception. This has also caused the game to have no need for strong hardware to run. It is also worth noting that the game Conqueror Castle is applicable to even the weakest and even older Android devices due to its simple design features and game play. Just have a mobile or tablet running at least Android 2.3.3 to experience the game. At your request, HackDl has released the latest version of the game along with a customized version for your loved ones to download for free. This game is about the battle of legendary creatures and monsters. You have a base and defense tower and your main goal is to train and use wild and mutated creatures and animals such as bears, wolves, boars, unicorns and even dragons. Your job is seemingly easy, but rest assured that a special challenge in the game Conqueror Castle is waiting for you.

Fort Conquer Hack /Mod Apk starts with one side (left of the picture) being your fortress and tower defense, and the other side facing your enemies’ castle. There are several entrances to your castle that lead directly to the enemy castle. Your job is to move your troops along these lines to move to the enemy base. But on the opposite side, so does your enemy. Fort Conquer is precisely the momentary confrontation between offensive and defensive tactics. This means you must first try to prevent the enemy from attacking your base, and then take action to attack the enemy base. Your main goal is to attack the rivals’ fortress and damage them to the point of their destruction. You can use a variety of forces with your own abilities. Side items are also available. If the forces in a line encounter enemy forces in the same line, there will be clashes between them and the forces that have more or more power will win. Likewise, you should try to win the victory with timely management and strategic thinking. This compact and challenging game can be downloaded from HackDl servers right now. It is interesting to know that this seemingly simple game has already been installed on more than 10.1 million Android devices and to date has gained 4.4 out of 5.0.