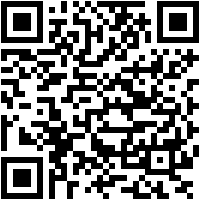 CKN Toys: Car Hero Mod Apk Unlimited Money – CKN Toys: Car Hero is a childish and exciting action-adventure game for the Android operating system, which is offered for free but with the possibility of in-app purchase on Google Play and is available to Android users. The world is located. CKN Toys: Car Hero is a branding game commissioned by the famous Australian You Tubers (Calvin & Kaison), abbreviated as CKN. Calvin and Kaison are two young Australian boys who have become not only the biggest and most lucrative young You Tubers in recent years but also Australia’s highest-paid YouTube channel. This channel introduces, unboxes and examines children’s toys, and these works are done by these two boys. This idea, which was a completely new and unique idea, quickly became global, and now these two young children earn tens of thousands of dollars a day from their YouTube channel! The channel’s advertising costs are now expanding, and one of the group’s new activities is working with another studio to create an exclusive game about the two children. That’s why CKN Toys, in collaboration with the Italian studio Colto, has designed and released an exclusive action-adventure game with many copies of the famous Subway Surfers game. HackDL, at the same time with the release of this game on Google Play, as the first Iranian website, prepares it and offers it to you dear ones.

CKN Toys: Car Hero Mod Apk, as mentioned, is a completely childish game with cartoon and fantasy designs, adventure and action themes for children. The audience of this game is exactly children and especially boys between 3 to 8 years old. As we mentioned, the whole game is very similar to Subway Surfers, and this similarity will be quite evident in the first run of the game. During the game you have to ride in a toy car, move forward on the streets of a city or different roads outside the city and collect points for each section. But along the way, you will encounter many challenges and obstacles that you must react to in a timely manner. CKN Toys: Car Hero has been imitated from popular games in this genre, even in the professionalization section. In this section, you can buy new cars and customize or upgrade them, as well as various skins and costumes for the hero of the game, Calvin. Just like Subway Surfers and other similar games, in CKN Toys: Car Hero you can use various boosters while playing the game and experience a lot of excitement. This game is designed for children, but it does not mean that it is boring or boring for adults. Then you can download the latest version of CKN Toys: Car Hero game along with a modded version of it from HackDL. With 10,000 downloads on Google Play, the game has scored 4.3 out of 5.0 so far.


Bugs have been run over